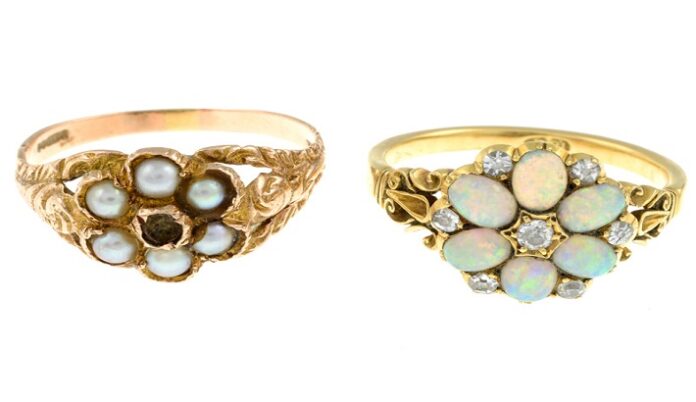 Fellows Auctioneers has raised nearly £30,000 for a number of charities with its latest Silver & Costume Jewellery sale.

The auction ended on 4 December and consisted of 876 lots, many of which were sold for charities like the Alzheimer’s Society and Birmingham Children’s Hospital.

This followed a series of three auctions back in September, across which Fellows raised nearly £30,000 for the Alzheimer’s Society.

Now, the auctioneer has raised £23,248 for the Alzheimer’s Society in one single auction, along with a further £4,965 for other charities.

In this most recent sale, a late Victorian opal and diamond cluster ring and a 9ct gold Victorian split pearl ring sold for a hammer price of £380, with proceeds going to the Alzheimer’s Society, while three diamond rings sold for £280.

Items featured on the Fellows website which are being sold on behalf of charity can be seen marked by a charity logo.

Annaliese Foster, silver and costume jewellery manager at Fellows, said: “We have been able to raise so much money for different charities throughout 2020 which makes me incredibly proud.

“In a year that has been tough for everyone, it has been a thrill to see so many items of jewellery, and silver sell and raise money for such great causes. I can’t wait to continue helping to raise funds for these charities in 2021.”