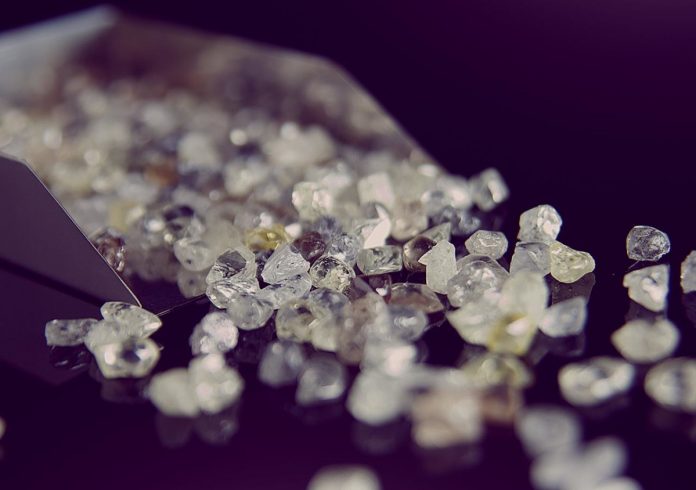 An Insolvency Service investigation has led to two companies involved in the valuation and selling of fancy coloured diamonds being shut down.

IGL Labs UK Limited (IGL) and Diffraction Diamonds DMCC (Diffraction) have both been wound up in the public interest after a hearing in the Companies Court.

The petition to wind up IGL was issued following confidential enquiries into Diffraction carried out by Company Investigations, part of the Insolvency Service.

IGL, a company based near Hatton Garden in London, provided certificates to Diffraction, a company based at Jumeirah Lake Towers in Dubai, that was at the centre of a scheme to sell fancy coloured diamonds to investors, via numerous broker companies based in the UK.

Diffraction provided an online trading platform to numerous UK-based broker companies who sold the diamonds to members of the public at mark ups so high that investors were unlikely to obtain any return on their investment .

The company also offered and controlled the storage of investor’s diamonds in a storage fault in Dubai.

Diffraction was a continuation of part of the business of Diffraction Limited (DIL), a UK company wound up in the public interest three years ago. DIL was involved in the sale of carbon credits and also diamonds as investments to members of the public.

Diffraction took over custody of diamonds stored, on behalf of investors, by DIL in a bonded warehouse in Geneva and moved them to a storage facility in Dubai without the knowledge, or agreement of the investors.

Diffraction was ordered into liquidation following a petition presented by the Secretary of State for Business, Energy and Industrial Strategy to wind up the company on grounds of lack of commercial probity and failure to co-operate with the investigation.

Despite misleading statements on the certificates issued by IGL, officials said the company never physically saw the diamonds it was appraising and the estimated retail valuations provided by IGL were based on the simple calculation, of the price paid by the investors plus 20%.

The Court heard that in some cases IGL enhanced the characteristics of diamonds, it had never seen, by one to two grades over and above the grading provided by the original and authentic Gemological Institute of America certificates that the diamonds originally came with.

The IGL certificates were used by Diffraction’s client broker companies to reassure investors that the diamonds they had purchased were worth at least what they had paid for them.

Diffraction itself was a continuation of the business of DIL, a UK company wound up in June 2014 that was involved in the sale of both fancy coloured diamonds and carbon credits as investments to members of the public.

The director of Diffraction, David Ramsey, was also a former director of DIL. Back in May, as a result of action taken by the Insolvency Service in respect of his conduct in DIL, Mr Ramsey signed a disqualification undertaking preventing him from being involved in the promotion, formation, or management of a limited company for a period of 14 years.

The Court found that there was no doubt that Diffraction played a central and essential role in the sale of fancy coloured diamonds, by brokers, to the public as investments and profited from such arrangements and that the company was aware of the mark-up applied by brokers as it was an integral feature of its trading platform.

The Court heard testimony from expert witnesses for the Secretary of State and for Diffraction. Both experts agreed that the diamond transactions carried out at retail prices, or above, would not be suitable for investment purposes because of the mark ups applied in retail transactions.

Ms Rosamund Clayton, the expert witness for the Secretary of State, explained in her evidence that the price paid by members of the public who bought the diamonds through brokers using Diffraction’s trading platform was far too high for the purposes of investment and that the mark ups on the wholesale price of the diamonds, of between 220% and 745%, made it unrealistic to expect any return on the investment.

The director of IGL, Noam Lenzini told the Court that although IGL never physically inspected the fancy coloured diamonds prior to issuing its valuation certificate; it was nevertheless possible to provide a reliable valuation by reference to the diamond grading report, or certificate issued by the Gemological Institute of America.

Ms Clayton refuted Mr Lenzini’s claims that it possible to properly value the diamonds without examining them, particularly given that in the case of fancy coloured diamonds colour is all important and she concluded that the values on the IGL certificates did not constitute a professional valuation correctly researched and considered. The Court found Ms Clayton’s evidence on that point “entirely convincing”.

The court noted that the IGL certificates, while stating that they were based on a Gemological Institute of America report, also stated: “We have taken the utmost effort to examine and grade your diamond objectively using professional gemmological terminology and equipment”, which suggested a detailed physical examination had taken place.

IGL was deliberately upgrading the colour and clarity of FCDs one or two grades up from the Gemological Institute of America reports upon which the valuation was ostensibly based that correspondence showed that IGL was prepared to change valuations substantially on request of the broker and Diffraction.

In one case IGL changed its original valuation from £16,000 to £31,050 at the request of Diffraction who made the request on behalf of the broker

In the judgement handed down Mr Philip Marshall QC, he said: “Having regard to the evidence as a whole, in my judgment the IGL certificates were not genuine valuations, but are indeed properly classified as contrived. They were simply designed to support a price at which fancy coloured diamonds had been sold to investors and to provide false reassurance that the price paid had an independent professional valuation to support it.

“Although the IGL certificates were not provided prior to purchase by investors the fact that they would be supplied featured as part of the sales process that Diffraction had set up and, in some instances, the supply of such certificates does appear to have influenced some investors when making further purchases. The production of the certificates involved the conduct of business with a complete lack of probity.”

After examining the evidence the Court concluded that the certificates provided by IGL were misleading and the valuations contrived.

Further, should it be held that the company had sufficient connection with the jurisdiction, as provided by Section 453 of the Companies Act 1985, the company did not, at the date of the hearing, have such connections and as such should not be deemed to fall within the jurisdiction of the court.

But the court, rejecting Diffraction’s argument, accepted the Secretary of State’s position that Diffraction had a real and sufficient connection with the jurisdiction of the Courts of England & Wales.

NRF: Consumers to Spend $4.7B on Jewelry This Valentine’s Day