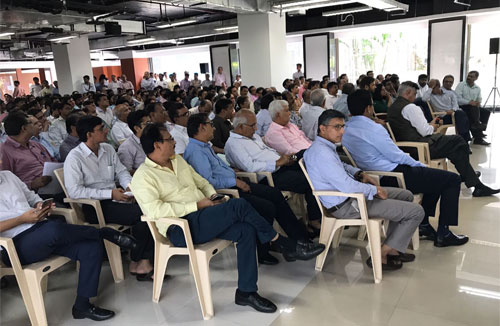 The Gem& Jewellery Export Promotion Council (GJEPC) in coordination with the Bharat Diamond Bourse (BDB) hosted a seminar for exporters on implications of and procedures under the new GST regime introduced by the government. A large number of exporters attended the session which was held in the bourse premises.

Shah gave a detailed insight into the procedure for applying for refunds of IGST or IST under the above categories, and the various clauses that governed the process. He also enlightened the audience on some of the government circulars that have been issued.

The presentations were followed by an extended Q&A session where the different queries raised by member-exporters were answered by those on the dais.

Pic caption: A large number of exporters attended the seminar on GST

Pantone Color-Blocking Report 8 of 10: Jewels to Color-Block with Pantone’s...