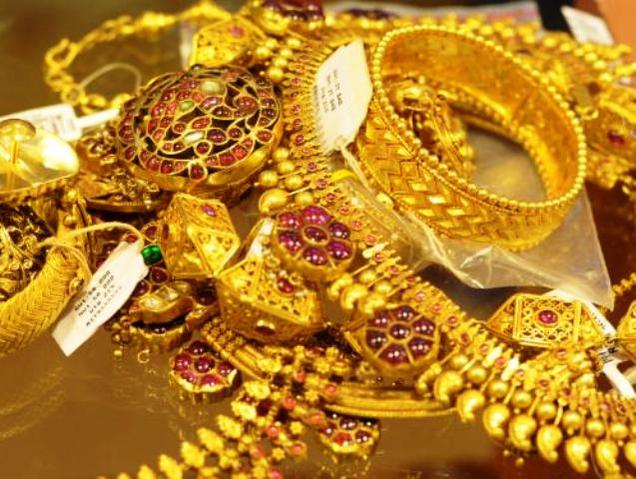 AOJ E-NEWS: Gold imports in Ahmedabad declined in April. According to data from the Ahmedabad Air Cargo Complex, gold imports in April fell by 35.45% from March. Last month, 7.39 metric tonnes of yellow material was imported against 11.45 metric tonnes in March; this despite the fact that gold jewellery market was buoyant owing to Akshaya Tritiya last week.

On the reasons for the decline, Manoj Soni, a city-based jeweller said, “Sales were buoyant on Akshaya Tritiya largely driven by wedding purchases. However, the market was slow throughout the month overall. Moreover, the higher imports were also a reflection of final accounts at the end of the fourth quarter, in March.” “There were also more wedding muhurats in March than in April, which led to lower sales last month.

The need for cashless transactions also contributed to lower sales volumes. Akha Trij was the only day when jewellers in the city saw higher sales,” said Jigar Soni, another city-based jeweller. Gold analysts claim that investments in the precious metal have fallen because of GST.

“The situation may remain the same till June, until the implementation of the Goods and Service Tax. Even though gold prices are stable, investors have been watchful since April, and this may have caused the slowdown in the market,” said Shanti Patel, president, Gems and Jewellery Trade Council.

Period jewellery value soars 80% in last decade, according to new...