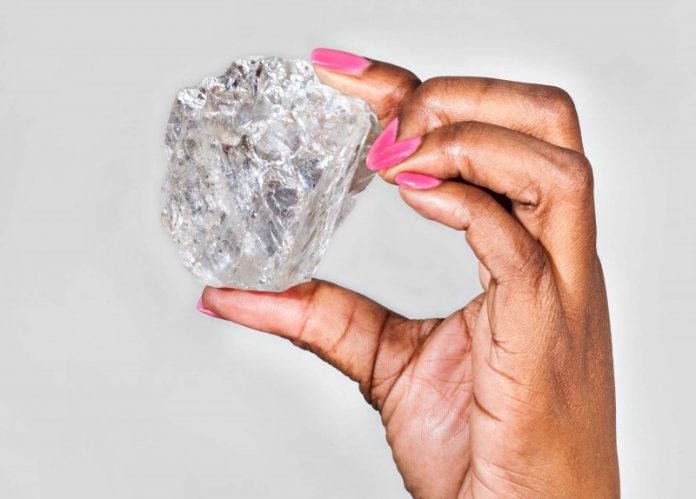 The largest diamond discovered in over a century has been sold to Laurence Graff after more than a year of negotiations with Lucara Diamond Corp.

The rough stone originally failed to sell at Sotheby’s in June 2016, but has now been scooped behind closed doors to the diamond billionaire for $53 million (£39.3m).

At 1,109 carats the Lesedi La Rona diamond, the size of a tennis ball, was discovered in November 2015 in Botswana, is the second largest diamond ever discovered in the history f the world, and the largest to be found in over 100 years.

The striking stone has been identified by the Gemological Institute of America as possessing exceptional quality and transparency, earning the full significance of its name, which means ‘our light’ in Botswana’s Tswana language.

“We are thrilled and honoured to become the new custodians of this incredible diamond,” shares Laurence Graff. “Our highly skilled team of master craftsmen will draw on many years of experience of crafting the most important diamonds, working night and day to ensure that we do justice to this remarkable gift from Mother Nature. The stone will tell us its story, it will dictate how it wants to be cut, and we will take the utmost care to respect its exceptional properties. This is a momentous day in my career, and I am privileged to be given the opportunity to honour the magnificent natural beauty of the Lesedi La Rona.”

The acquisition follows Graff’s purchase earlier this year of a remarkable 373 carat rough diamond that was originally part of the Lesedi La Rona rough, making this poignant reunion for the two stones: both now owned by Graff.

Alrosa to Auction Both Rough and Polished Diamonds at IDWI in...