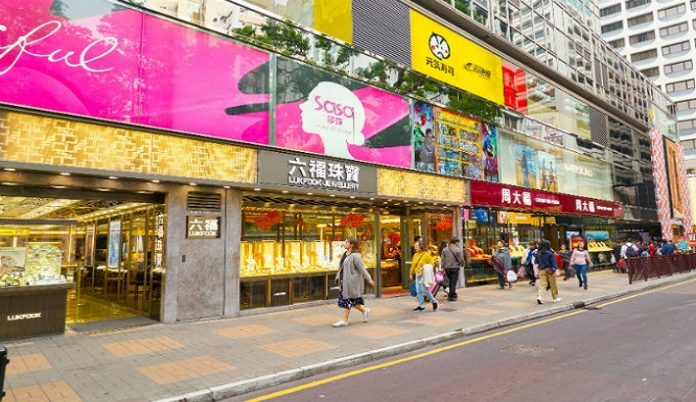 Chow Tai Fook Jewellery Group Ltd said Hong Kong and Macau, which were affected by a tough base of comparison and “cautious consumer sentiment,” registered an 11 percent drop in same-store sales for the three months ending June 30, 2019.

Sales of gem-set jewellery and gold products were down 16 percent and 13 percent respectively, as consumers curbed spending.

Another major retailer, Luk Fook Holdings (International) Ltd, reported a 10 percent decline in first-quarter same-store sales, owing to a relatively higher base and the continuing impact of the US-China trade war on market sentiment.

“Growth was led by China, where strong sales were supported by lower VAT and custom duty rates; sales in Hong Kong retreated, additionally impacted by the relative strength of the Hong Kong dollar and the recent street protests,” noted Richemont.

Overall, sales at Richemont-owned Cartier and Van Cleef & Arpels were up 7 percent, supported by jewellery and watches.

Industry
To support its clients amid the persisting market uncertainty, ALROSA has decided to extend existing long-term rough diamond supply contracts through the end of...
- Advertisement -