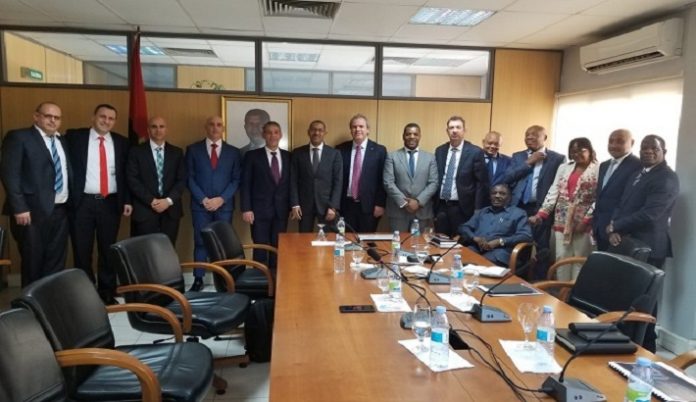 A delegation of the heads of the Israel Ministry of Economy and the leadership of the Israel Diamond Exchange (IDE) visited Angola earlier this month and met with key officials in the country’s rough diamond sector. Initiated by IDE, the visit’s objective was to take advantage of changes in Angola’s diamond marketing policy and consequently increase direct rough diamond sales to Israel.

Angolan Minister of Mineral Resources and Petroleum Dr Diamantino Azevedo confirmed his government’s policy of promoting trade with new markets and said that the Israeli delegation’s visit was an excellent opportunity to enhance trade ties between the two countries.

Eugenio Bravo da Rosa, Chairman of Sodiam, expressed his willingness to hold their first rough diamond tender in Ramat Gan and agreed to visit IDE within the next several weeks. The delegation also met with the CEO of Endiama, Dr Jose Manuel Augusto Ganga Junior.

Israel’s diamond industry is a major importer of rough diamonds, especially of larger stones, which the Israeli industry specializes in polishing. During 2018 Israel imported close to $3 billion of rough diamonds. To boost direct sales of rough diamonds to Israel, in 2017 IDE established a state of the art International Tender Center, which has hosted dozens of tenders by leading mining and rough diamond trading companies every year. This year IDE has also opened a center for live diamond auctions.

IDE President Yoram Dvash said, “This was a very successful visit for the Israeli diamond industry. Israel and Angola have many common interests and we see a real opportunity to strengthen ties between the diamond sectors of both countries. We are very pleased that Angola is about to join the ranks of the major international diamond producers holding rough tenders in Israel.”