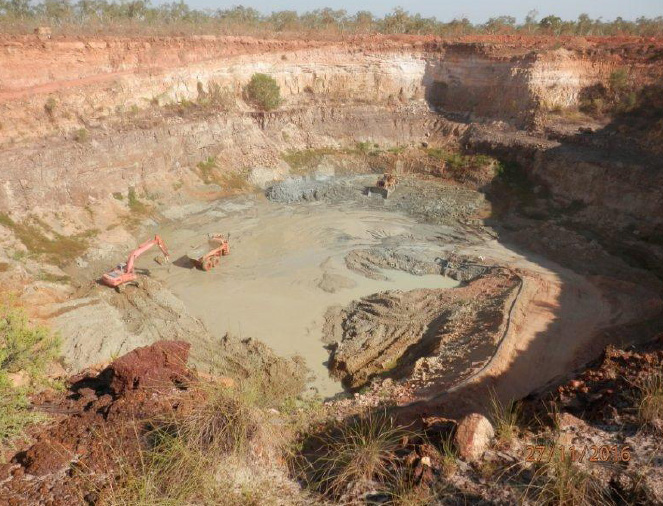 Merlin Diamonds Ltd announced earlier this week that it successfully completed the de-watering of the Kaye open pit area which is part of the Merlin diamond mine in the Northern Territory of Australia. The Company said that this was a short operation prior to the onset of the wet season and year end, and that approximately 16,000 tonnes of ore was collected after work began on November 20.

The Merlin Diamond Mine was initially operated by Ashton Mining Ltd and Rio Tinto Ltd. According to reports, it yielded a 104.73 ct stone, the largest ever recovered in Australia. It is also known for producing large, white gem quality roughs, with over 75% of all 1+ ct rough being ‘gem’ or ‘near gem’ quality, and 31% of all stones produced being about 0.7 cts or more.

The Company said in a release that a mining fleet has been mobilised to site and mining has commenced. It added that the diamond bearing kimberlite rock is proving to be rippable with a bulldozer and thus does not require drilling and blasting which reduces mining costs. Dewatering of the adjacent Ector pit has also commenced in preparation for future mining from this pipe.

Why Indian traders are outraging over the sale of synthetic diamonds

Sustainability Challenges in The Jewelry and Watches Industry

Jewellers whose stores are still open wait to hear if tougher...