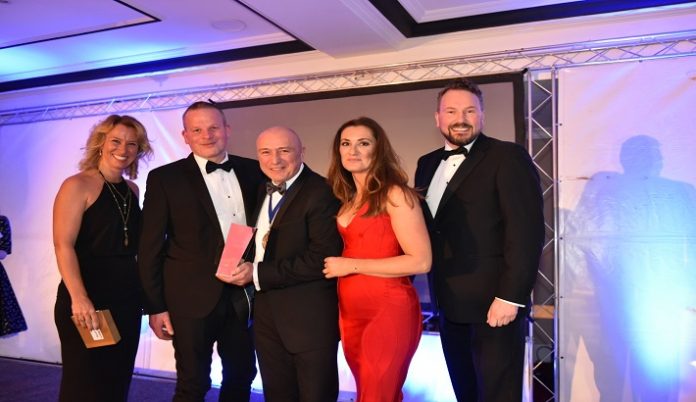 Last night attendees at the Benevolent Society Ball witnessed 11 front runners of the industry recognised as part of the NAJ’s Annual Awards ceremony.

Now in its fifth year at the festive ball, the NAJ Awards attracted guests from all across the UK and internationally including Italy, Germany, Ireland and France, as companies, individuals and teams were recognised for their professionalism, honesty and integrity.

The ceremony was hosted by NAJ chief executive officer, Simon Forrester and NAJ chair, Harriet Kelsall, who presented each winner with their awards, and paid tribute to the talent in the jewellery industry,

At the ceremony Purely Diamonds scooped two awards with Retailer of the Year and Sales Manager Tracey Jones talking home Sales Person of the Year, while Hockley Mint picked up the award for Jewellery/Watch Supplier of the Year.

Retailer Drakes returned to Plymouth with the Physical Shop Front of the year, while Sheffield’s PA Jewellery made the return leg to Yorkshire with the Team of the Year award. Bond Jewellery perhaps had the shortest trip of any victorious retailer back to Birmingham’s Jewellery Quarter with their award for Website of the Year.

The hotly contested Workshop Professional of the Year was won by Alexander Wood who has recently completed his apprenticeship with Nathaniel Groves, while Designer of the Year was awarded to Julien Riad Sahyoun.

Popular teacher, writer and dealer Kerry Gregory from Gemmology Rocks was awarded Service Provider of the Year, while Innovation of the Year went to MyriamSOS who cut her holiday short to make the event. And finally, Corporate Social Responsibility Initiative of the Year was won by demi-fine Jewellery designer Monica Vinader.

The Association will now turn its attention to the NAJ Summit, which was officially launched at the ball.

The Summit, which incorporates events such as the 3-day valuers conference and residential jewellers congress will take place on Saturday 20- Monday 22 June at the Staverton Park Estate, Northampton which boasts a spa, golf course and various dining options on site.