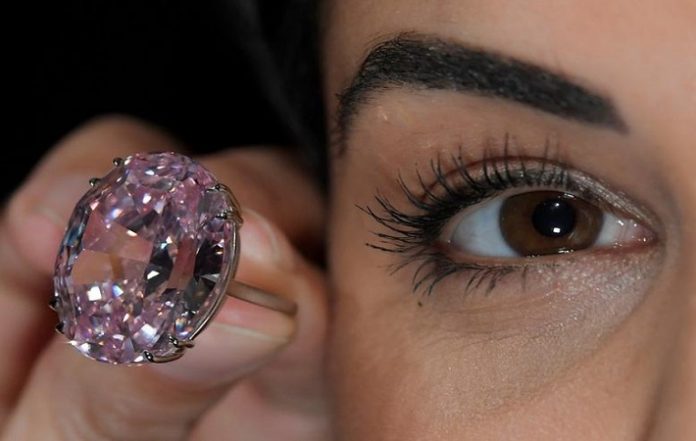 Demand and prices for the wider market have fallen as concerns mount about the world economy, and laboratory-grown gems have added to supply.

Colored or particularly large diamonds, however, have held value, especially pink diamonds, 90% of which are produced by Argyle. That mine, the world’s biggest in carat terms, is expected to cease production by the end of next year.

Arnaud Soirat, Rio’s chief executive for copper and diamonds, said pink diamonds had risen in price by 500% since 2000. He gave no figures for the overall market, but producers have reported lower overall demand and prices.

“Diamonds is a business we like a lot. It’s a very high-margin business in line with our strategy of value over volume. It makes a lot of sense. We want to stay in the diamonds business,” Soirat said in an interview.

Rio is exploring in Canada, where it has a 60% interest in and operates the Diavik Diamond Mine.

It also has a joint venture with Canada’s Star Diamond Corp (DIAM.TO).

Rio declines to give separate figures for diamonds but last year’s total exploration spend was $488 million.

Soirat said each pink carat could be worth several million dollars.

He is overseeing one of the last sealed bid tenders, which offers 64 Argyle pink diamonds and closes on Oct. 9, following showings to potential buyers in London, New York and Perth, Australia. Soirat said there could be two more tenders depending on Argyle’s production in its final months.

The pink diamond tenders have been held annually since 1984.

Diamond specialists say the pink color is thought to be created by a twist within the atomic lattice during formation more than a billion years ago.

Other diamond miners, which have long excelled at marketing, are chasing margins. The world’s biggest producer by volume, Alrosa, which also has some pink stones, is marketing naturally occurring fluorescent diamonds.

Rebecca Foerster, president of Alrosa in the United States, the world’s leading diamond market, said Argyle’s closure should boost the price of pink stones and help Alrosa achieve “a significant market share of colored diamonds”, adding that the impact on the overall diamond market would be limited.