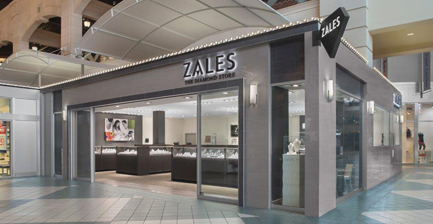 “The number of transactions decreased across all divisions due to declining brick and mortar store traffic,” Signet said. “Merchandise categories and collections were broadly lower in the first quarter, but e-commerce and Piercing Pagoda total sales increased versus the prior year. Diamond fashion jewellery such as bracelets, earrings, and necklaces performed well relative to the performance of the overall merchandise portfolio.”

In part, the Company attributed to the decline in sales to the timing of Mother’s Day.

The Company’s net income for the period was down to US$ 78.5 million from US$ 146.8 million made in the previous fiscal. Signet announced diluted earnings per share (EPS) of US$ 1.03, a decline of US$ 0.84 compared to the same quarter last year.

Signet declared that it continues to streamline its organisational structure “to deliver operational efficiencies with a greater OmniChannel focus”.

As a result, the Company announced: “Signet remains on-track to close approximately 165 to 170 stores in Fiscal 2018 and open about 90 to 115 stores for a net selling square footage change of flat to a decline of 1%. Store closures are primarily focused on mall-based regional brands not meeting Signet’s financial return expectations. Store openings will be primarily Kay off-mall.”

Mark Light, Chief Executive Officer of Signet Jewelers, commented: “As anticipated, we had a very slow start to the year as continued headwinds in the overall retail environment were exacerbated by a slowdown in jewellery spending and company specific challenges. However, Signet’s Q1 same store sales improved sequentially, when normalised for Mother’s Day, and we were pleased with the holiday’s results.”

In a separate release, the Company announced “the phased, strategic sale of its consumer credit portfolio and establishment of long-term partnerships to outsource its customer credit offerings”.

Light said, referring to the announcement that this move “…is designed to not only enable us to maintain our competitive credit offering and sales, but to also allow us to further increase our operational focus on the growth of our retail platforms.”