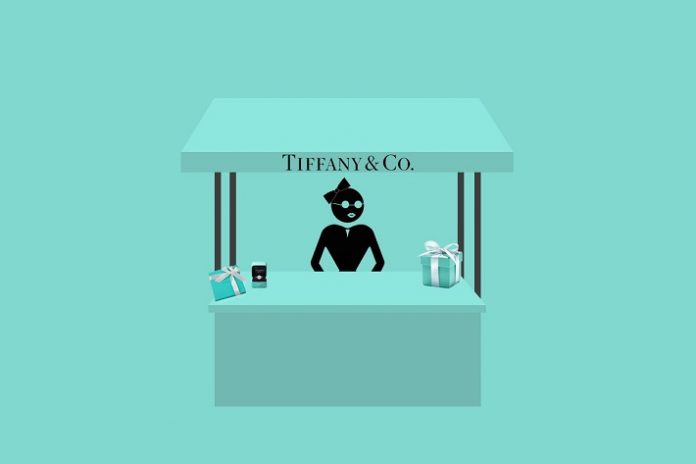 Worldwide net sales for the full year rose by 4% to reach a record US$ 4.4 billion; and comparable sales also rose by 4%. This, the Company said was due to growth in all regions, and reflected higher spending attributed to local customers and foreign tourists.

On a constant-exchange-rate basis that excludes the effect of translating foreign-currency-denominated sales into U.S. dollars, worldwide net sales and comparable sales rose 6% and 4%, respectively.

“Net earnings in 2018 benefited from a lower effective income tax rate, which included a US$ 16 million benefit, or US$ 0.13 per diluted share, resulting from adjustments recorded in 2018 to the net charge of US$ 146 million, or US$ 1.17 per diluted share, recorded in the fourth quarter of 2017 related to the enactment of the 2017 U.S. Tax Cuts and Jobs Act (the “2017 Tax Act”),” Tiffany noted. “A higher gross margin in 2018 was more than offset by increased Selling, general and administrative expenses partly tied to strategic investment spending that was initiated in 2018.”

For the fourth quarter of fiscal 2018, Tiffany reported a decline of 1% in worldwide net sales to US$ 1.3 billion. This, the Company said “was generally consistent with holiday results” as was previously reported in January. The decline was attributed “to softer demand by local customers and foreign tourists across most regions and product categories, and which management believes was affected, in part, by external events, uncertainties and market volatilities”. Comparable sales also declined 1%. “On a constant-exchange-rate basis, worldwide net sales rose 1% and comparable sales were unchanged,” Tiffany stated.

For the quarter net earnings stood at US$ 205 million as compared to US$ 62 million in the previous year; net earnings per diluted share amounted to US$ 1.67 as against US$ 0.50 in the same period of the previous year. “Net earnings in 2018 benefited from a lower effective income tax rate, which included an US$ 8 million benefit, or US$ 0.07 per diluted share, resulting from adjustments recorded in the fourth quarter of 2018 to the net charge of US$ 146 million, or US$ 1.17 per diluted share, recorded in the fourth quarter of 2017 related to the 2017 Tax Act, as described above,” the Company stated.

Alessandro Bogliolo, Chief Executive Officer, said, “Our team is proud of its accomplishments in 2018 that contributed to net sales surpassing levels not seen since 2014. Softer trends in the second half of the year reflected, in part, what we believe were external challenges and uncertainties.”

He added, “Most important, we are still in the early stages of a journey to achieve long-term sales, margin and earnings growth for this legendary brand, and are making progress across our six key strategic priorities: Amplifying an evolved brand message; Renewing our product offerings and enhancing in-store presentations; Delivering an exciting omnichannel customer experience; Strengthening our competitive position and leading in key markets; Cultivating a more efficient operating model; and Inspiring an aligned and agile organisation to win. I continue to strongly believe that Tiffany has vast global growth opportunities and we look forward to realizing our full potential in the future.”

Considered by region, Tiffany’s total net sales in the Americas, grew by 5% to touch US$ 2.0 billion in the full year and were largely unchanged at US$ 618 million in the fourth quarter; comparable sales rose 5% and were unchanged, respectively. “On a constant-exchange-rate basis, total sales rose 5% in the full year and were unchanged in the fourth quarter, and comparable sales increased 5% and 1%, respectively,” the Company remarked.

In Asia-Pacific, total net sales increased 13% to US$ 1.2 billion in the full year, which was attributed to growth in Greater China and most of the other countries in the region. Fourth    quarter net sales in the region, however, declined 1% to US$316 million. While sales grew in mainland China, mixed results were reported from other places in the region.

“Other net sales of US$ 95 million in the full year and US$ 29 million in the fourth quarter were below the prior year by 20% and 25%, respectively, reflecting declines in both periods in wholesale sales of diamonds and in comparable sales,” Tiffany reported.

Tiffany’s gross margin increased to 63.3% in the full year from the prior year’s 62.6%. This   reflected “favourable product input costs and lower wholesale sales of diamonds, as well as sales leverage on fixed costs”, the Company explained. Gross margin of 63.8% in the fourth quarter compared with 63.9% in the prior year.

Tiffany’s net inventories at January 31, 2019 were 8% above the prior year, “primarily reflecting higher levels of finished goods inventories”.

At January 31, 2019, cash and cash equivalents and short-term investments totaled US$ 855 million. Total debt (short-term and long-term) stood at US$ 997 million and represented 32% of stockholders’ equity, versus 31% a year ago.

Tiffany said the expanded guidance for the full year ending January 31, 2020 (fiscal 2019)  put out by its management is consistent with the preliminary guidance announced on January 18, 2019.

The Next Generation: David Bindra of B & B Fine Gems