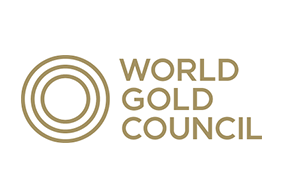 Global jewellery demand was up 1% at 481t during the first three months of 2017, compared with 474t in Q1 2016, the World Gold Council reported in its quarterly publication Gold Demand Trends released today.

The report said that gains in India were the main reason for the slight year-on-year increase. But, it pointed out, demand remains relatively weak in an historical context, 18% below the 5-year quarterly average of 587.7t. It pointed out that Q1 2016’s 474.4t was in fact, a seven-year low.

During the quarter, Indian consumers enjoyed a period of relative stability in the domestic market, lifting ovverall demand 15% year-on-year to 124t, WGC reported. Continued remonetisation by the RBI buoyed consumer sentiment, which encouraged demand ahead of the auspicious wedding season, albeit from a low base.

Indian Q1 jewellery demand was 16% up from last year’s exceptionally low level, but, at 92.3t it was still weak – this was only the third quarter this decade in which demand has fallen below 100t. WGC also said that the industry remains uneasy, awaiting clarity on whether the forthcoming Goods & Service Tax (GST) will result in a higher tax burden for the end-user.

In China, demand for gold jewellery softened slightly, down 2% y-o-y as the seasonal uplift broadly cancelled out the impact of higher gold prices. Demand in the first quarter was 176.5t, compared with 179.2t in Q1 2016 and 5% below the five-year quarterly average of 186.4t.

Growth in US jewellery demand resumed, leading to the strongest Q1 since 2010. A post-election lift in US consumer sentiment buoyed jewellery demand in the first quarter: it rose 3% to 22.9t.

In most other markets, demand remained flat or softened to some extent, WGC reported, mainly on account of stronger prices and seasonal factors.

Overall global gold demand in Q1 2017 was 1,034.5t, 18% below the exceptional Q1 2016, which was the strongest ever first quarter. Though there were solid inflows into ETFs, this was nevertheless a fraction of last year’s near-record inflows, WGC said. It also reported slower central bank demand and slight firming of demand from the technology sector, addint that bar and coin investment, 289.8t rose 9% yoy).

Total supply reached 1,032t during the quarter, a fall of 12% compared with the first quarter of 2016. This was predominantly a result of a 21% fall in recycling to 283t and continued net dehedging of a further 15t by producers.

Alistair Hewitt, Head of Market Intelligence at the World Gold Council, commented: “Demand is down year-on-year, but that is largely because Q1 last year was exceptionally high. Although we did not see the record-breaking surges in ETF inflows experienced in Q1 2016, we have seen good inflows nonetheless this quarter, with strong interest from European investors ahead of the Dutch and French elections. Retail investment demand is strong too, up 9% year-on-year with demand worth over US$11bn in Q1. China led the way with bar and coin demand surging 30%, breaching 100t for only the fourth time on record, fuelled by concerns over potential currency weakness and a frothy property market.”