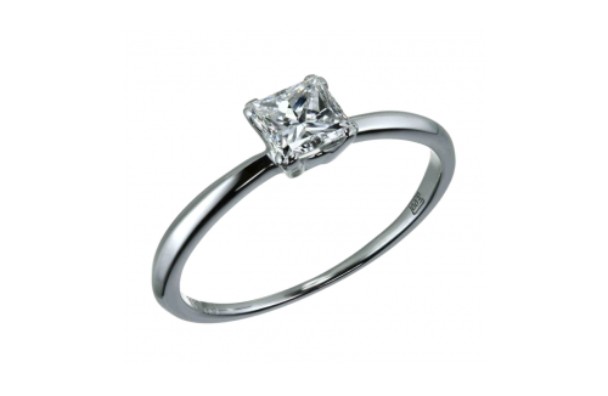 Following up on its first-ever consumer-oriented generic marketing campaign launched last December, Russian miner ALROSA has invited entries for a contest around the most creative idea for a marriage proposal. The last date for sending entries for the “She said “YES!” contest, which opened in December 2017, is February 14, 2018.

ALROSA announced that about 40 entries have already been received and that the most original proposal scenario will be produced as a video with participation of real characters. The winner of the contest will also receive a special diamond ring studded with a Princess fancy shape, I color and SI1 quality diamond. The ring has been manufactured by Smolensk Diamonds, a subsidiary of Kristall Production Corporation, a long-term buyer of ALROSA’s rough diamonds.

The competition is a part of ALROSA’s generic marketing campaign aimed at educating consumers and creating a culture and traditions of diamond jewellery consumption, the Company said. Elaborating on this new thrust, ALROSA CEO – Chairman of the Executive Committee, Sergey Ivanov said, “A polished diamond is primarily a symbol of true and deep feelings, love and loyalty. Holding this competition, we would like to remind people first of all that there is always a place for romance in life and inspire them to create memorable moments for loved ones.”

The competition was unveiled soon after the miner launched a short ad film which was screened during broadcasts of Channel One Hockey Cup matches last December. This was not only the first advertising campaign in ALROSA’s history that addressed a wide audience, it also led two hockey fans, assisted by the Company, to actually propose to their loved ones at the stadium during a match.

Dmitry Komendantov, Deputy Head of the Marketing and Public Relations Department of ALROSA, said, “In our commercial, a young man proposes to a girl right at the hockey match. Shortly after the video was screened, a hockey fan from St. Petersburg wrote us and asked to help him to organize the same story in real life. Together with our partners from the RIHF, we decided to support him, especially since it echoes our marketing campaign. As a result, he was given such an opportunity – he proposed during the second halftime of the game between Russia and Sweden. Of course, his girlfriend said “yes”. And the very next day, another young man came forward, inspired by the idea, and we repeated this story for him.”

The diamond engagement rings for these two young couples were provided by ALROSA’s partner – Smolensk Diamonds, which acquires polished diamonds manufactured by the company.

For more details on the contest visit www.onaskazalada.ru

Pic caption: The diamond ring that will be given to the winner of ALROSA’s “She said “YES!” contest