At least 23 illegal miners are trapped and feared dead in Zimbabwe after shafts and underground tunnels they were working in were flooded by water from a burst dam, a state-owned daily newspaper reported on Thursday.

The southern African nation has been working to regulate thousands of people who illegally dig for gold everywhere, including on farms and abandoned mines, mostly under the cover of darkness.

The Herald said illegal miners in Battlefields, 175 km west of Harare, had entered shafts on land owned by RioZim and another firm on Tuesday night in search of gold, but a dam wall nearby collapsed, flooding the shafts and tunnels.

“The names of the people believed to have been trapped has reached 23. Chances of rescuing any survivors are very slim,” the paper quoted Fortunate Muzulu, the administrator for the area, as saying.

Muzulu, who could not be reached for comment on Thursday, told the Herald that government officials had asked for bigger pumps from platinum miner Zimplats to drain water to retrieve bodies.

RioZim spokesman Wilson Gwatiringa said the company was not mining on the land where the miners were trapped and were assisting government officials with the rescue efforts.

Small-scale gold producers, including illegal miners, accounted for nearly 60 percent of the record 33 tonnes of gold produced in Zimbabwe last year, according to official data. 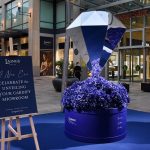 Diamond
To celebrate the launch of Laings’ newly refurbished Cardiff showroom which has now more than trebled in size, Laings stationed an extraordinary 8ft-high diamond... 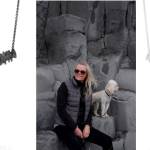 Industry
October 22, 2021 – ALROSA has chosen a strategic partner to help draw up its environmental and climate strategies until 2030, with a horizon...

BVC Logistics Felicitated By GJC For 60 Years of Industry Elevation at National...

Gold miners get their mojo back as giant deals revive allure