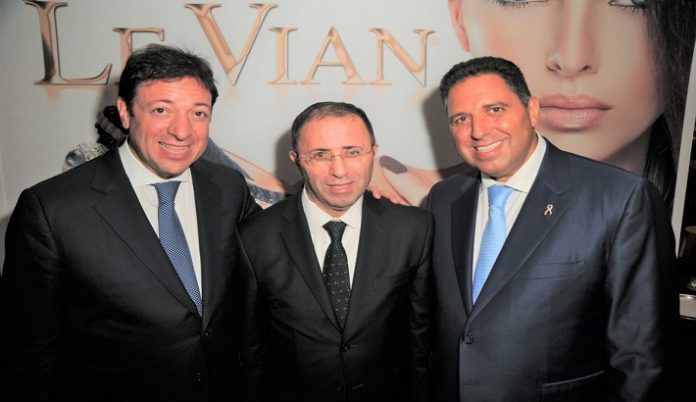 Eddie Levian (left), a chief executive officer of Le Vian, reveals how the brand lifts the profile of pieces worn by celebrities.

As Britain and America celebrate this glittering transatlantic union, my New York-headquartered family business, Le Vian, is celebrating its own milestone. Le Vian’s one-of-a-kind Couture drop earrings were the only jewellery Jennifer Lopez chose to wear in her photo shoot on the front cover of April’s US edition of Harper’s Bazaar magazine. This accomplishment –including 1.4 billion views of the image on social media – took two years of planning. Considering Harper’s Bazaar typically features jewellery from jewellers whose flagship stores are to be found on Bond Street and Fifth Avenue, and that usually, more than one jewellery brand appears in a cover shoot, this is a significant moment for us.

I believe in the persuasive power of celebrity and at Le Vian, we’ve done it our own way, largely because we don’t pay celebrities or gift jewellery. Once a celebrity is photographed wearing Le Vian on the red carpet, we rebrand the item as ‘Le Vian Red Carpet’. Our collectors love seeing that celebrities choose Le Vian just like they do.

We started working with celebrities in 2000, consciously turning our focus to jewellery as a trend, fashion and celebrity-driven. The ultimate endorsement for Le Vian came at the Golden Globes when an A-list star chose to pass up a 300,000 euro cheque from a leading brand to wear a pair of 2 million euro earrings, in favour of wearing Le Vian without any payment.

While Hollywood’s leading lights are the royalty of today, at Le Vian we are also constantly inspired by royalty of a more traditional kind. The Le Vian family has created jewellery for five centuries. When in 1746, the Persian ruler Nadir Shah conquered India, he chose the Le Vian family to be the guardians of the royal jewels he had plundered, including the Koh-I-Noor diamond, currently under lock and key in the Tower of London. In more recent times, the choices of royals from Diana to Kate, Meghan and Eugenie have clearly impacted the desire for coloured gemstones. Perhaps unsurprisingly then, this month Le Vian is proud to introduce its Couture Royalty collection, complete with padparadscha and blue sapphires.