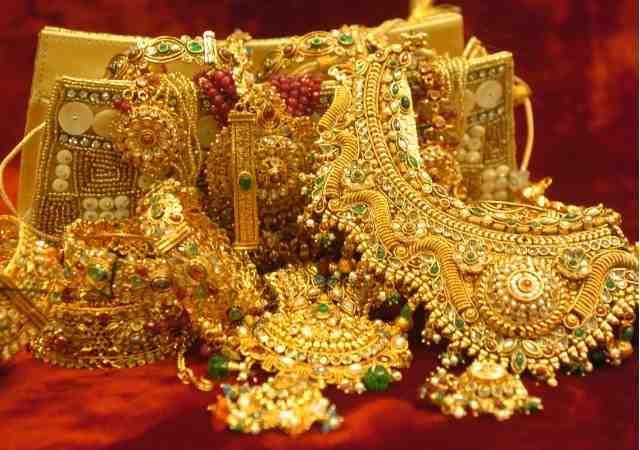 Demand for gold is set to remain subdued this wedding season as restrictions on cash movement in Gujarat due to the ensuing assembly election and the impact of GST have slowed down consumption of the yellow metal.

Traders and jewellers said they do not expect purchases to surpass last year’s offtake.

“The administration is keeping a close vigil on the movement of money,” Haresh Acharya, secretary of Ahmedabad-based Bullion Federation, told ET. “Cash transactions over Rs 50,000 are under government scanner. Invoices are being asked for on the spot. This has slowed down the movement of gold in Gujarat.” Voting for the Gujarat Assembly will take place on December 9 and 14.

Some jewellers in Ahmedabad are taking orders and delivering jewellery at the doorstep of customers. “We are delivering the jewellery to customers and collecting the cash from them, so that they do not face any problem,” said Kalpanik Choksi, director of Ishwarlal Harjivandas Jewellers.

Some jewellers in Ahmedabad are taking orders and delivering jewellery at the doorstep of customers. “We are delivering the jewellery to customers and collecting the cash from them, so that they do not face any problem,” said Kalpanik Choksi, director of Ishwarlal Harjivandas Jewellers.

Jewellery demand in July and August was down 25% to 114.9 tonnes, which pulled down the overall gold consumption in the quarter to September to 145.9 tonnes, a decline of 45% from the year-ago quarter.

Gold demand in the fourth quarter of 2016 grew 3% to 244 tonnes due to softening of prices, coinciding with Diwali and the wedding season. “This year, gold demand in the wedding season or Q4 of 2017 will be more or less similar to last year,” said Surendra Mehta, national secretary at Indian Bullion & Jewellers Association. “The situation is better than the Dhanteras-Diwali period. People are purchasing jewellery for meeting the marriage season demand. But it is unlikely to cross last year’s ..

But Nitin Khandelwal, chairman at All India Gems & Jewellery Trade Federation, said gold offtake will fall 20% on-year. Traders said consumers are not yet prepared to accept the rise in gold prices due to 3% goods & services tax (GST) on gold.

Gold edged lower on Thursday as upbeat US economic data bolstered the possibility of the Federal Reserve raising interest rates next month and beyond.