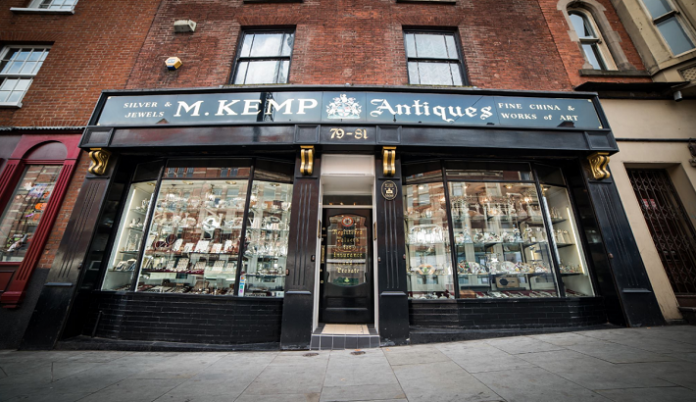 Long-established family-run jewellers in Nottingham will be closing down this summer as tough trading conditions have taken the sparkle out of the business.

Kemp Jewellers, which is run by a mother-daughter team, will be shutting its shutters for the final time after more than 70 years trading in Nottingham.

As the store owner, Katie Kemp, has now entered retirement age, and her daughter Mia is starting to think about having a family, the duo made the difficult decision to close the store.

Talking to the local newspaper, Nottinghamshire Live, Katie Kemp says in a “perfect world” they may have taken on staff to help drive the business onwards and forwards, but with the economic situation and political climate as it is, they decided not to cease trading.

Aside from uncertainties around Brexit deterring potential customers, the mother-daughter duo says some of the sparkles have gone out of the jewellery retail trade.

The store has been impacted by online businesses, while the high street multiples are increasingly competitive with their prices.

Furthermore, the antique silver market has slowed, and consumers have a bargain hunt mentality.

Katie Kemp tells the paper: “People who watch TV antique shows come in and if they see something they like they ask, ‘What is your best price?’ They don’t seem to realise that we buy it for a certain price and must sell it at a certain price. We don’t do bartering.”

The jeweller story will be hosting a closing down sale until it officially closes its door in the summer.