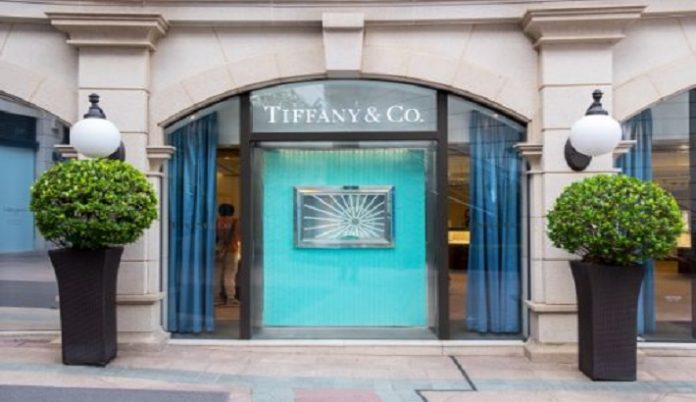 Tiffany & Co. is growing its presence in China to capitalize on a shift in the country to local purchasing. The jeweler plans to open new stores, launch its Blue Box Cafe in the country, and introduce more fine-jewelry collections on the mainland, CEO Alessandro Bogliolo said last week in a call with analysts, transcribed by Seeking Alpha.

“We have made decisions [over] the past 18 months [about] mainland China, a key strategic market, which, from the beginning of this journey we have identified to receive a high level of management focus and investment,” Bogliolo explained.

While Tiffany’s sales across the Asia Pacific fell 1% year on year to $298 million in the second quarter, Bogliolo reported that the company recorded strong double-digit growth among local consumers.

The introduction of the jeweler’s Paper Flowers collection to the Chinese market, together with increased marketing and key partnerships, have lifted Tiffany’s popularity there, he noted.

The company plans to increase its jewelry offering in mainland stores, as Chinese locals, who previously flew to Hong Kong to purchase luxury goods, have increasingly been spending more locally. Tiffany intends to open a store in the Beijing airport so Chinese tourists can purchase in the country, regardless of their destination.

“We have shifted high-jewelry assortments to mainland China, to stores in Shanghai and Beijing, because as Chinese tourists tend to spend less abroad than they [used to], we have more availability of high-jewelry products in the country, [and] in that way we can partially offset the sales approach,” Bogliolo continued.

The company will also open new stores in Beijing and Shanghai, in the most prominent luxury-shopping locations in those cities.

In addition, Tiffany will debut its Blue Box Cafe in Hong Kong and at the new Shanghai flagship, marking the first permanent locations for the eatery outside of New York. The cafes will begin operations in the second half of the year.

Tiffany is still weighing the effects of higher taxes imposed on goods traded between the US and China as a result of the tariff war. The company manufactures its products in the US and ships them to China. Recent escalations in taxes could see import fees for the jeweler’s imports to China rise from approximately 28% to more than 30%, an increase Tiffany hesitates to pass on to its customers, chief financial officer Mark Erceg explains.

The company’s European competitors do not face the same levies when importing to China since they don’t manufacture in the US, Erceg noted. If Tiffany raised its prices to offset the increased tax, it would place the company in a situation where it would be unable to compete with those brands’ prices, he added.