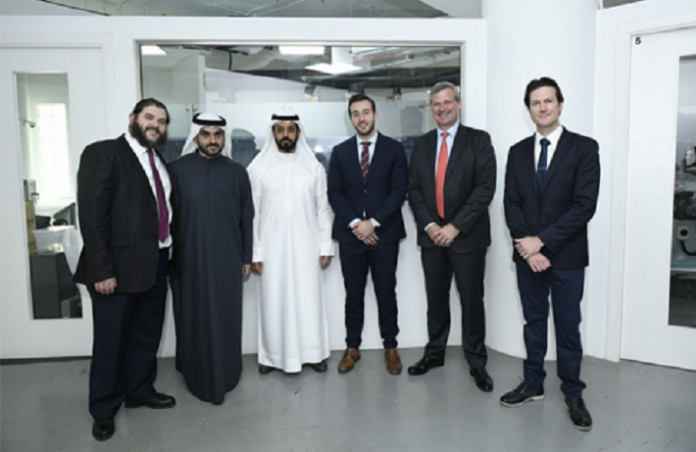 DMCC participated in the official opening of the Charlotte Boiling, which is a Belgian certified independent boiling facility set up by TRIGEM in Dubai in partnership with Charlotte Quality Boiling Belgium.

In a press release, DMCC said that the facility “offers the highest quality of boiling services for rough and polished diamonds using the exclusive Antwerp Charlotte Boil chemical formula” and has the capacity to boil over 1.4 million carats each month and will cater to the region’s growing diamond industry.

Ahmed Bin Sulayem, Executive Chairman and Chief Executive Officer, DMCC said: “Congratulations to the entire team behind TRIGEM’s Charlotte Boiling facility. This new state-of-the-art facility will support the growth of Dubai’s status as the world’s leading diamond trading hub. We are confident that this development will help drive trade and encourage more businesses to set up in DMCC. As the UAE plans for the next 50 years, we are committed to supporting the nation’s long-term growth by continuing to build the right partnerships and developing the infrastructure demanded by the trade.”

Last year TRIGEM had launched a rough diamond manufacturing and polished diamond recutting unit in the emirate. And now, the new value-add service is seen as complementing TRIGEM’s manufacturing facility.

TRIGEM provides mining companies and diamond traders around the world with a one-stop-shop in Dubai and have launched the facility to serve the region’s growing demand for high-quality services. TRIGEM Charlotte Boiling facility is the first independent boiling facility in the emirate and will further strengthen Dubai’s diamond industry ecosystem.

“We’re thrilled to partner with the world’s best diamond boiler, Charlotte Boiling from Antwerp to be the first independent, Belgian-quality boiler in Dubai,” said David Zabinsky, Chief Executive Officer, TRIGEM. “By offering one of the most critical services in the rough to market value chain, our superior and trusted diamond boiling will not only empower local traders to get more value from their diamonds but also allow more miners from around the world to begin utilizing Dubai as a one-stop-shop, marketing hub for their productions. Our confidence in Dubai evolving into the diamond capital of the world is a reflection of our confidence in both DMCC and the entire UAE Government, and we’re excited to play a vital part in it.”

Earlier this year, in January, TRIGEM had signed an agreement with Transguard, one of UAE’s leading security and logistics firms, to provide secure transport services for its diamonds. It operates two daily shuttles from TRIGEM’s diamond servicing facility to Almas Tower six days a week.