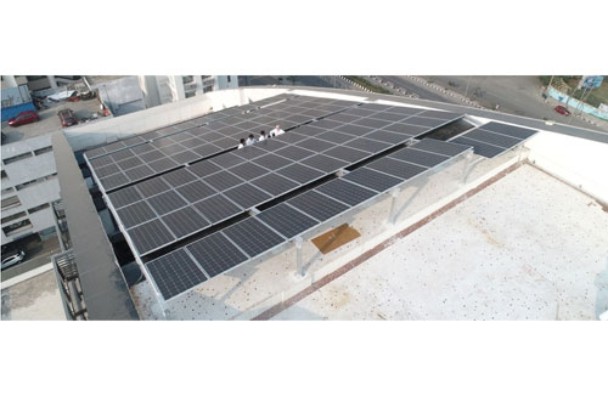 In a move that displays its commitment to a more sustainable future, the International Institute of Diamond Grading & Research (IIDGR), part of De Beers Group, said it had completed installation of a 34.8 kilowatt solar roof at its grading and inscription facility in Surat, India, to provide the operation with a renewable energy supply.

The new roof will generate an average of 56,000 units of electricity each year, IIDGR said, adding that it will reduce the heat load of the building by 90 per cent and significantly decrease the electricity used for air-conditioning, delivering both environmental and financial benefits.

The IIDGR Surat lab is among the first in the diamond industry to use solar power, with the panels being installed on its uniquely curve-shaped roof. The solar plant has a 25-year lifecycle and will have paid for itself within five years as a result of the savings on electricity expenditure, IIDGR stated.

Jonathan Kendall, President, IIDGR, said: “Over the past two years we’ve measured our carbon footprint and used this information to adapt our business practices in order to reduce our environmental impact and generate cost-savings in our energy and water consumption.

“Sustainability is key for De Beers and this new solar operation is very much in line with our core beliefs. Meanwhile, the installation of the plant provides financial benefits alongside the positive environmental impact, so we hope to see a continued focus on initiatives such as this across the sector.”