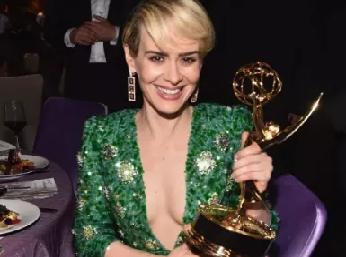 Our favorite looks from the red carpet

The 68th Primetime Emmy Awards on Sept. 18 were a showcase of television’s best talent—and of designers’ best jewels. This year, dresses were bright and diamonds were white. Showcase earrings had an incredible showing, as did massive two-stone and cluster diamond rings. Below, a few our favorite trends from the evening, and the actresses we think wore them best.

It was a night for color, with blue, green, and red dresses showing up multiple times. Yellow gowns were especially on trend, with several actresses—including Taraji P. Henson (best actress nominee, Empire) in Vera Wang, Minnie Driver in Versace, and Mandy Moore in Prabal Gurung—choosing bright and bold.

Statement earrings were once again on-trend. A few spectacular pairs:

Diamonds continue to be the red-carpet stone of choice. This year, massive two-stone and cluster diamond rings showcased even more of the bling.

WFDB’s Asian Summit-Executive Committee Meeting to be Held in Vladivostok on...

Theo Fennell takes a page out of historic literature for new...