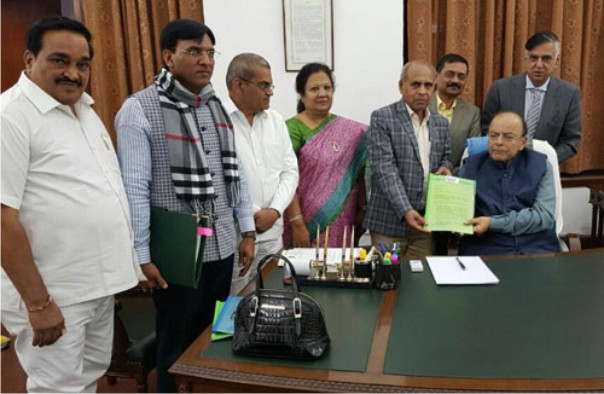 At the meeting, the impact of GST on the diamond sector was discussed in detail. The Government of India was requested to introduce a scheme under GST whereby all transactions between import and export are in a no-tax situation.

The delegation requested that a scheme may be introduced which emulates key competitors like Belgium and Israel by creating a group in terms of Section 148 of the CGST Act / SGST acts 2017, exempting (with input tax facility) nil rating or taxing at nil or nominal value all transactions between registered members of the GST group. Also, issues of refund and presumptive tax were discussed.

The Hon’ble Finance Minister gave the delegation a patient hearing and assured them that the various points raised would be looked into.