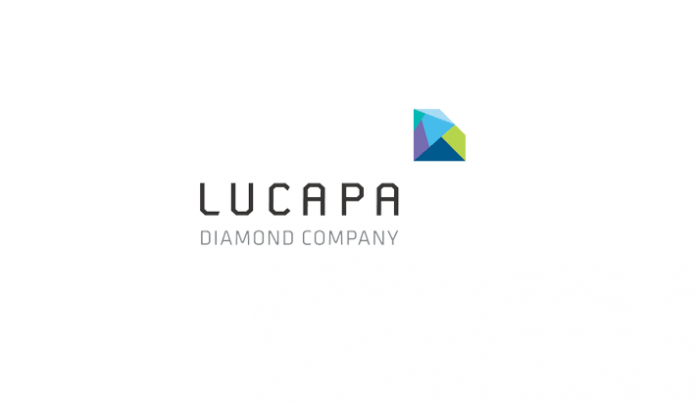 Lucapa Diamond Company Limited announced today that the General Assembly of Sociedade Mineira Do Lulo (SML ) – in which it is a joint venture partner along with Empresa Nacional de Diamantes E.P. (Endiama) and Rosas & Petalas – has decided upon a payout of US$ 8 million, as dividend distribution and loan repayment.

This total amount will be distributed as follows:

• A US$ 4 million distribution to the Lulo partners, of which Lucapa will receive US$ 1.6 million in line with its 40% interest in SML; and

• A US$ 4 million loan repayment to Lucapa.

“The US$8 million will be paid from the cash reserves of SML, which operates the Lulo alluvial mine, the world’s highest US$ per carat alluvial production,” Lucapa declared.

The Lulo diamond mine, in commercial production since 2015, now employs 390 workers and contractors, 87% of whom are Angolan nationals.

“The latest declaration from SML follows a US$8 million loan repayment and distribution declared to Lucapa and its partners in March 2017 (Refer ASX announcement 8 March 2017),” Lucapa added. “This marks the third consecutive year that distribution has been made by Lulo.”